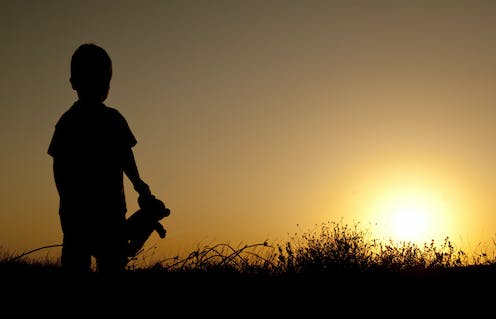 The latest Family Matters report reveals a grim lack of progress to eliminate the overrepresentation of Aboriginal and Torres Strait Islander children in out-of-home care.

The report – released by the Secretariat of National Aboriginal and Islander Child Care, a national non-governmental peak body for Aboriginal and Torres Strait Islander children – reveals:

The report notes significant spending at the statutory end of the system (where removals take place). It highlights underspending on family support that could avoid such removals.

And there is inconsistent resourcing and support for Aboriginal community controlled organisations. As a result, we’re not seeing positive outcomes for Aboriginal and Torres Strait Islander children in state care.

The report calls for funding and support for Aboriginal community controlled organisations (sometimes abbreviated as ACCOs). They are best placed to lead reform and to make decisions about the safety and wellbeing of Aboriginal and Torres Strait Islander children.

Read more: Thirteen years after 'Sorry', too many Aboriginal and Torres Strait Islander children are still being removed from their homes

This suggests our children are being removed with insufficient evidence or cause. (A “substantiated” case means authorities found cause for removal after investigating the case).

The report also found that when in care, our children are more likely than their non-Indigenous peers to suffer physical, sexual or emotional abuse. They are equally likely to experience neglect. The very system set up to provide care and protection perpetrates abuse.

Unacceptable, but not new

Repeated inquiries have reported abuse and poor outcomes experienced by children in state care. Despite this, there’s been little to no impact on policy or practice.

Aboriginal and Torres Strait Islander children continue to be removed at a heartbreakingly young ages. Nationally, our children under 12 months are being removed at ten times the rate of non-Indigenous children and there are increasing fears of future “stolen generations”.

Thousands of our children are in long-term care arrangements with no identified family reunification goals. But where our children were reunified, more than 84% did not return to care in the first 12 months.

We don’t know how many Aboriginal and Torres Strait Islander mothers are involved with both the criminal justice and child protection systems. That information is not collected. But without it, it’s impossible to plan services, programs and facilities to support incarcerated women to maintain connection with their children.

Once removed from their families, our children are disproportionately being placed with non-Indigenous carers.

This practice continues to increase around Australia, despite every state and territory having committed to the Aboriginal and Torres Strait Islander child placement principle (which prioritises placement of children with kin).

Emerging work on the experiences of community workers advocating for families with child protection involvement finds many of these workers are operating in risk-averse environments, and experience marginalisation and oppression.

These barriers hinder the chance of supporting families and must be better understood and avoided.

The removal of our children from their families must only happen as a last resort. The same can be said of incarceration of pregnant Aboriginal women and mothers with children, and the placement of our children with non-Indigenous carers.

Without significant sector reform, the number of Aboriginal and Torres Strait Islander children in out-of-home care will continue to balloon. History tells us they will likely suffer poor life outcomes.

Central to successful reform is supporting and resourcing Aboriginal community controlled organisations, which have a track record of successfully delivering community programs. Community ownership and control over decision-making is key.

The report calls on us not to look away, saying:

We urge you to remember that every number you see is a child with a name and dreams for their future. These children are separated from their families in numbers that have not been in seen history.

It is imperative our children grow up knowing who they are, where they belong, and are immersed in their kin, culture and language.

Read more: Attending school every day counts – but kids in out-of-home care are missing out