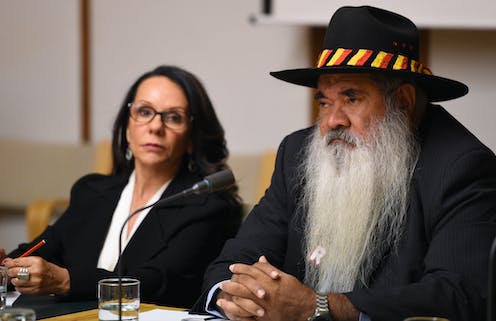 Australia has less than a year to get itself ready to vote on one of the most significant constitutional referendums in its history – to insert an Indigenous Voice into the constitution.

And it has to be said that, despite years of discussion, we are as yet in a poor place to give the Voice its best chance of life.

The government is still dodging around how precise it will be with detail of the model before the vote.

The conservative side of politics is fragmenting, with the Nationals (not themselves united) declaring their opposition on Monday.

Some Indigenous leaders are turning on each other.

This is a vote that is too important to be let fail. Yet you would be an optimist – despite the good support it is getting in the opinion polls – if at the moment you rated its prospects at 50-50.

Those prospects will only be maximised if the Voice can be sold in positive terms that unify the nation to the extent possible. As a change that gives First Nations people a formal say in policy in a way that improves it. A change that helps with the Closing the Gap outcomes that are falling short (including adults in prison, children in out-of-home care, and suicides), as shown in the latest report released this week.

If the debate becomes dominated by the negative aspects of identity politics, votes will be lost.

Indigenous leader Noel Pearson said in his 2022 Boyer lecture series “Mutual recognition will enable us to acknowledge three stories: the Ancient Indigenous Heritage which is Australia’s foundation, the British institutions built upon it, and the adorning gift of multicultural migration.

"These three stories will make us one: Australians.

"Constitutional recognition of Indigenous Australians is not a project of identity politics, it is Australia’s longest-standing and unresolved project for justice, unity and inclusion.”

Prime Minister Anthony Albanese told the ABC on Wednesday the vote will be in the second half of next year, with two questions put: to recognise First Nations people in the Constitution, and to enshrine “a representative body of Indigenous people who are able to be consulted about matters that directly affect them”. He has already released draft wording.

The government rejects criticism that there is inadequate detail on the shape of the Voice. It’s right in one sense – there are hundreds of pages of detail on the record, notably in a report prepared for the former government by leading Indigenous figures Marcia Langton and Tom Calma.

But we do not know the exact model the government will embrace. Pressed on this, Albanese said the way the Voice will work “will be determined by legislation once the constitution is amended”. This won’t be adequate for many undecided voters.

Read more: Could the Nationals' refusal to support a Voice to Parliament derail the referendum?

Frank Brennan, a Jesuit priest and academic, brings a lawyer’s eyes and a long record on Indigenous issues to the Voice debate.

Brennan’s questions give some indication why we need reassuring detail from the government before the vote.

It is unfortunate, though inevitable, that there is division among Indigenous leaders over the Voice.

The Nationals’ opposition has been led by their new Indigenous senator, Jacinta Price from the Northern Territory, a long-time critic. Price, a former deputy mayor of Alice Springs, objects to one section of the community being carved out. Some other Indigenous critics object on the grounds they believe a treaty should have priority.

Pearson is a powerful and eloquent advocate and orator, who over the years has dealt with both sides of politics. But his attack on Price, whom he essentially labelled a puppet of right-wing think tanks, is both disrespectful and unhelpful.

Influential Indigenous figures, like politicians, have an obligation to keep the tone of this debate as measured as they can.

Peter Dutton has the Liberal Party in a holding position, saying it doesn’t have enough information on which to determine a stance.

This is true but also a fig leaf. Dutton is in a no-win situation, with a divided party. The conservatives want to be on the “no” side and they are being encouraged by John Howard. The progressive Liberals want to back the “yes” case. If the party allowed Liberals to make their own choices, that would leave some dissatisfied too.

Whatever the Liberals decide, the bottom line is the yes case won’t get bipartisan support, meaning it will have to defy history to be successful.

Under changes to the Referendum Act the government introduced in parliament on Thursday, new rules are being set for the actual conduct of the referendum.

The government won’t directly fund “yes” and “no” campaigns, saying the referendum “should be organised and funded by the Australian community”. Households won’t get the usual pamphlet outlining the yes and no cases. We’ve moved to the digital age, the government says.

But the legislation will “allow the Commonwealth to fund educational campaigns to promote voters’ understanding of referendums and the referendum proposal”. Critics will see this as a way of funding the yes campaign while not having to provide money for the other side.

It was the Whitlam government – elected 50 years ago on Friday – that established the first national elected Indigenous body.

On November 23 1973, Gough Whitlam delivered a national broadcast, in which he said that the following day “a most important election” would take place. “Nothing like it has been held before.” All Aboriginal people were entitled to vote for the National Aboriginal Consultative Committee (NACC), he said. The government wanted this body “to be a forum for the expression of Aboriginal opinion”.

The story of NACC and its successors carries a warning – relations between these bodies and governments seldom run smoothly.

If the Voice is established, its constitutional status will mean it can’t be scrapped by a later government. But its detail will be approved by parliament and subject to change by another parliament. There are also other ways a government can emasculate a body to which it is hostile.

Read more: A constitutional Voice to Parliament: ensuring parliament is in charge, not the courts

That makes it imperative to get as much common ground as possible on the Voice, even under the umbrella of divided views on whether we should have it. This provides another argument for the pre-referendum release of fine print.

It’s vital that, if the Voice is passed, its structure and modus operandi give it the best chance of becoming a strong and lasting institution.

The ultimate test of the Voice would be that it was effectively delivering for Indigenous people in two or three decades, whatever the complexion of the government at the time.