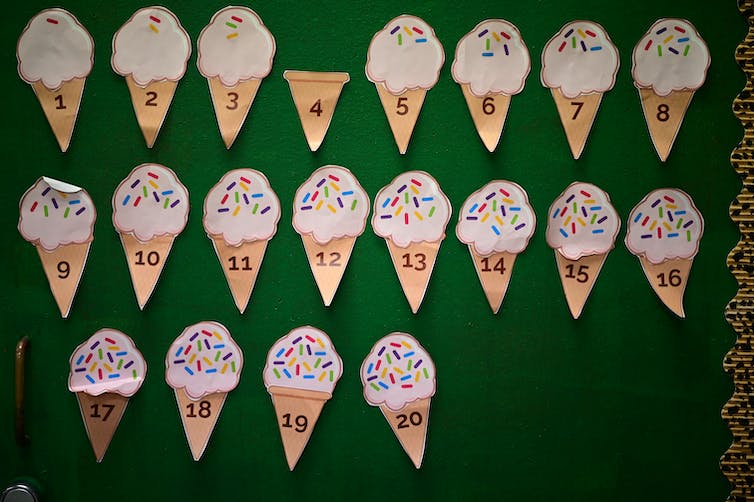 The decision about whether to send a child to school “early” or “hold them back” can be a tortuous one for families who have a child born in the first half of the year.

So a recent New South Wales proposal that all children should start school in the year they turn six may seem very helpful for parents, taking the guesswork out.

But if we are going to have stricter rules around when children start school, we need to make sure it does not harm those from disadvantaged backgrounds.

A plan to raise the starting age

The NSW proposal is geared at reducing large age gaps between students in the same year. Joel Carrett/AAP

Currently, children in NSW can start school the year they turn five if their birthday is before July 31, and must be enrolled before they turn six.

This means that a kindergarten class (the first year of school in NSW) may have children aged from four and a half to six years. This large age span, combined with developmental differences within any age group of young children, present many challenges for teachers and schools.

Cut-offs in other states differ, which only adds to the confusion. In the Australian Capital Territory and Victoria it is April 30, in South Australia it is May 1, in Queensland and the Northern Territory it is June 30.

In Tasmania, a child who has turned five on or by January 1 must start their first year of schooling.

As researchers in early childhood education we want to caution against simply raising the school starting age or creating blanket rules.

It has become popular for parents of boys in particular to “hold them back,” so they start school in the year they turn six. But this is not an option for many families.

Research from Australia and overseas shows families living in high-income areas are more likely to hold their children back.

We also know families living in low-income areas are more likely to send their children to school sooner rather than later. Not only is access to early childhood education in their area a problem, it means they no longer have to pay costly childcare fees.

So a decision about whether or not a child is “ready” is largely related to the household budget.

A fifth of children start school behind

This disparity needs to be addressed if we want children to start school on a level playing field, whatever their age.

The importance of early learning

This is why good quality, affordable, and accessible early childhood education is so important. But again here, access is not equal.

But most Australian states only fund one year, although NSW and Victoria have recently announced plans for two. The ACT is also moving towards two years for all children.

Currently, “childcare deserts” – where there are more than three children for each available place – are more likely to be in low-income and rural and regional areas. Services in these areas are also more likely to be operating below minimum quality standards than more advantaged areas.

We also know that children living in areas of disadvantage are less likely to go to preschool (called kinder in Victoria).

Play versus ‘ready for school’

Why is preschool so important? High-quality, play-based early childhood education lays down foundations that give children the best chance of educational success.

Play is children’s natural way of learning. It’s what builds the positive dispositions we all need in our professional and personal lives – curiosity, flexibility, problem-solving, confidence and resilience.

Play-based learning helps prepare children for school by building their confidence and independence as learners. Shutterstock

Play provides children with a space to explore, discover and build relationships. It helps them develop their motor skills, language, emotional regulation, and social skills.

But this can be overshadowed by a focus on “school readinesss”. This leads to prioritising a narrow range of skills like learning letters and numbers, rather than building children’s confidence and independence.

So, school at six is good idea, but it needs to be supported by free, high-quality, play-based early childhood education that is available to all children.

And this will require significant investment from governments.