Get ready to reveal who the best players are (in case you are interested in hockey bets, it’s a great idea to visit some free bet websites)! So, here you will find interesting information about such legends as     Gordie Howe,  Wayne Gretzky, Bobby Orr, Mario Lemieux,    Maurice Richard and other great NHL players. 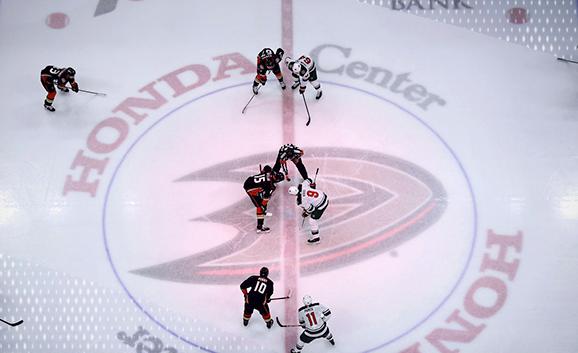 The best on the ice

The first position is taken by Gordie Howe. This guy started with Detroit Red Wings back in 1946. He finished his career in 1980. He is famous for his unique so-called Hat Trick, under which a goal, assist, and a fight within the same game are meant. All in all, 25 years of his career were spent in Detroit. Howe won a multiple number of various wards and took part in dozens championships and tournaments. Besides, he appeared in the biggest number of games compared with all the players of NHL throughout history. Therefore, he is considered to be the first on the list made up here.

The second place is taken by Wayne Gretzky. For the period of 21 years, he managed to become the author of 1963 assists. And this is just the number of assists! If we add goals there, the figure will be even greater. As for the points per season, he broke the record nine times. And speaking about the awards, he was the holder of 19 All-Star nods, nine Halt Trophies, which is very significant. In the regular seasons and playoffs, he is considered to be the holder of multiple awards and this fact can’t be ignored.

And now, let’s move to Bobby Orr. This player was the first offensive defenseman over the times of the NHL. In 1969, he got the title of the first defenseman who led the league speaking of the number of points. One of his most notable achievements is that he held eight Norris Trophies in a row. There was one disappointing aspect in his career: the injuries.

The fourth position was taken by Mario Lemieux. This is one of the most legendary goal scorers in history. His name is associated with four of the 17 highest single-season outputs. The player’s brilliant career was disrupted by cancer. After his retirement, he changed his activities and started dealing with the franchise. Later, he returned to playing in 2000, and five more seasons were held with his participation. 1723 points is the total number of points deserved by him

Let us move on and look at the fifth player in the rate. This is Maurice Richard. His nickname was Rocket. Eight championships with the Canadiens were won when he was playing which cannot be ignored at all. Besides, there was such a figure as 965 points in 978 appearances en route. Can you imagine this?

The sixth in the rate is Jean Beliveau. The winner of 10 championships, leading the league twice speaking of the goals – this is all about him. Hart Trophy, the Conn Smythe Trophy victories are another achievement of this great player.

As for the seventh in the rate, it is Mark Messier. The major part of his 26-year old career was spent with the Edmonton Oilers. Within this period, he managed to win 15 Stanley Cups. However, he also was a part of the New York Rangers and Vancouver Canucks and also achieved a lot with them.

The eighth place is confidently taken by Guy Lafleur. This player is a right-winger from Montreal Canadiens. At least 100 points were made by him. Winning five Stanley Cups is one of the achievements that characterizes him a lot. His 1353 points continue to rank 27th in NHL history.

Bobby Hull takes the ninth position in the rate. Amazing speed is one of his most noted characteristics. That is why he was called a Golden Jet. The whole period of his career took 15 years. His brightest times were marked by the participation in Winnipeg Jets. In 1964-65, he won the Hart Memorial Trophy.

And now, let’s finish with the tenth position which is taken by Sidney Crosby. He became a real legend before he turned 30. Four victories of Prince of Wales Trophies, three Ted Lindsay Awards, and much more is what he managed to achieve. 411 goals and 705 assists were made just through the season of 2017-2018.