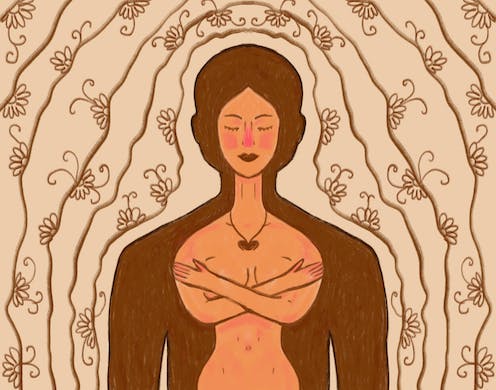 Lauren John Joseph (who uses they/them pronouns) has been producing art works in multiple genres for almost two decades. Their debut novel, At Certain Points We Touch, is receiving well-deserved attention and accolades.

At a time when transgender identities are debated as an issue with “two sides” in newspapers, as though some people’s very existence is questionable, it is refreshing to read a trans story where gender is not the main plot point. The novel explores themes of love, betrayal and grief through a queer love story, which may be better described as a tragedy.

The narrator, JJ, is mourning her lover Thomas James, who called her “Bibby”. She is addressing him in the wake of his death. The novel reads, as a result, as a second-person narration, drawing readers into their doomed relationship, as though we are all Thomas. JJ’s account is loving, lustful, furious and regret-filled. Her descriptions of Thomas are blunt, unflattering and shocking. Much of Thomas is uncovered in JJ’s retelling of erotic scenes between the two. Their intimacy was passionate and explosive, but also made JJ wary of how Thomas perceived her and other queer, trans and gender-diverse people. She reflects: You had sex in a certain way, but you weren’t defined by it, certainly you had no loyalty towards other queer people, and absolutely no interest in the fight for visibility or equality. You were mean about anyone campy or swishy, unless they were nailing you, of course. JJ speaks cuttingly of Thomas’ politics, just as he always spoke cuttingly of her political and activist leanings: You were the kind of gay man who would have said that refugees who drowned crossing the Mediterranean had only themselves to blame, who would have agreed that all those UKIP dickheads were simply saying what needed to be said, and sometimes I’m almost glad you died before you had the opportunity to vote for Brexit, or start bemoaning the destruction of the English language as brought on by people who used neutral pronouns. These revelations are hurled at the reader via Thomas. If he was at all likeable before this, our sympathies most likely end here. Read more: Pages and prejudice: how queer texts could fight homophobia in Australian schools Queer literary fiction As a gender-diverse writer and researcher, I spend a lot of time thinking about how gender and sexuality are represented in literature. It is interesting to note that JJ’s gender is, in some ways, in the background of the story. Her gender identity is not something she questions or wonders about at length. This makes At Certain Points We Touch different to many novels about transgender and gender-diverse identities – by trans and cisgender authors – that have had mainstream success. Some of JJ’s descriptions of her romantic and sexual encounters are, however, revealing about the way she wants to experience her gender in the world. On her relationship with Thomas, she muses: your ambivalence, when it came to the specifics of the body you were attending to, made my own gender, for the first time, feel weightless and irrelevant, and I’m so grateful to you for that, my blue-eyed bastard. While Thomas was, perhaps, ambivalent to “specifics of the body” in his sexual partners, we learn about the conflicting ways that JJ and Thomas viewed sexuality and queerness: I can’t ever imagine you calling yourself queer (though your sexuality definitely was), and there’s no way you would ever have allowed yourself to be spoken of as pansexual, or marched under any nom de guerre that carried hints of discourse or wafts of patchouli. Part of what makes the novel so compelling is wondering how this complex relationship lasted as long as it did, with Thomas’s internalised homophobia and self-loathing often directed at JJ. Read more: Friday essay: transgenderism in film and literature Queer and millennial, or just a novel?